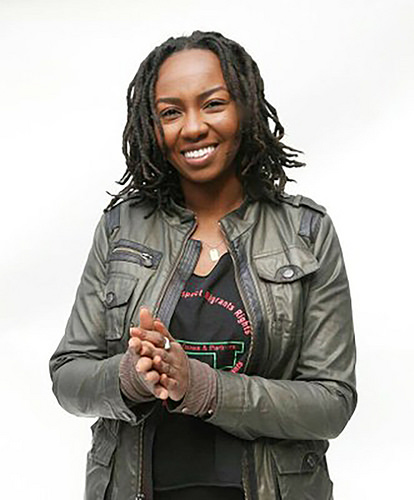 Tometi, a community organizer, works as the Executive Director of the Black Alliance for Just Immigration (BAJI). The BAJI website states, “BAJI educates and engages African American and black immigrant communities to organize and advocate for racial, social and economic justice.” James Simpson’s report for Accuracy in Media reveals that BAJI receives funding from left-wing donors including Soros Funds.

She also helped found “Safety Beyond Policing” an organization that attempted to prevent NYPD from adding officers to its ranks. A statement on Safetybeyondpolicing.com urges, “Let’s remain committed and inspired to tell the world how our own communities define safety, which has nothing to do with policing, but rather with a stronger safety net and community investment after a history of disinvestment that has produced decades of racial disparities.”

In a VICE story about Black Lives Matter she discussed other “structural injustices” that she believes the movement has highlighted. “Folks are pointing to the fact that there is high unemployment, there is rampant discrimination in their communities, there’s sub-standard educational systems that are operating in their neighborhoods and folks are really pointing to this as being the real injustice that’s plaguing their communities.”

According to her website, Tometi adheres to liberation theology: “Opal believes that one’s spiritual practice and aspirations for dignity and self actualization is what a rich faith life is about and that it must be further sharpened by engaging in deliberate action for social justice and human rights.”

Signup for the Newsletter